Governor Andy Beshear will join the Kentucky Law Enforcement Memorial Foundation (KLEMF) and Department of Criminal Justice Training (DOCJT) next week to honor seven Kentucky law enforcement officers who have lost their lives in the line of duty. functions in 2021.

“These officials choose to put themselves in harm’s way daily to protect us all,” Governor Beshear said. “Speaking to the families and loved ones of these officers, and to those who return to the ceremony each year to remember those whose names are engraved in the steel of the monument, is one of my greatest honors as governor.”

Governor Beshear will be the keynote speaker for the ceremony.

The DOCJT and the KLEMF will jointly host the annual remembrance on Thursday, May 26. The ceremony will take place at 10 a.m. EDT at the grounds of the Kentucky Law Enforcement Memorial, located at DOCJT on the campus of Eastern Kentucky University.

This year’s ceremony will honor:

• Jefferson County Deputy Sheriff Brandon A. Shirley, end of shift Aug. 5, 2021. Deputy Shirley was fatally shot when he was ambushed while working for a side job.

• Deputy Graves County Jailer Robert T. Daniel ended Dec. 10, 2021. Deputy Daniel worked in a law enforcement position guarding prisoners on the loose at a Mayfield candle factory when he was killed by a tornado. 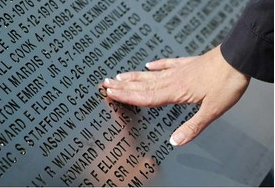 • Louisville Metro Police Officer Zachary D. Cottongim, end of shift Dec. 18, 2021. Officer Cottongim was struck and killed by an automobile while tending to an abandoned vehicle on the side of the I-64.

In addition, five historical winners will be added to the monument this year. They are:

Louisville Metro Police Lt. Andrew Rodman, brother of LMPD officer Nick Rodman, will speak after Governor Beshear. Officer Nick Rodman was killed in the line of duty in 2017 during a vehicle chase.

“Law enforcement is dangerous work, and we strive to provide training that helps every officer return home safely at the end of their shift,” said DOCJT Commissioner Nicolai Jilek. . “When tragedy strikes our law enforcement family, we all mourn. This annual ceremony is an opportunity for us to remember these officers not for how they died, but for how they have lived.

Just this week, Kentucky was reminded of the dangers facing our law enforcement agencies with the passing of Calloway County Sheriff’s Office Chief Deputy and former State Police Sgt. Kentucky, Jody Cash, while serving the Commonwealth. Governor Beshear ordered the flags on all state buildings to be flown at half-mast from sunrise to sunset on Saturday, May 21, in honor. To learn more, click here.

KLEMF seeks to recognize all Kentucky peace officers who have given their lives in service to the Commonwealth. The monument will contain 570 names after this year’s additions.

The memorial foundation was established in 1999 to build a monument to honor Kentucky officers who made the ultimate sacrifice. After the monument was completed in 2000, the organization expanded its efforts to include an ongoing financial endowment program, which helps Kentucky law enforcement officers and their families meet their educational, medical and emergency needs.